Please enter all the value

Government of India introduced Goods & Service Tax (GST) with effect from 1st July 2017 under the theory of "One Nation, One tax" to achieve the principal objective of eliminating the cascading effect of taxes. Various indirect taxes happening at multiple stages of the supply chain like the Value Added Tax (VAT), Service Tax, Central Sales tax (CST), Excise Duty, Octroi were subsumed into one as GST.

Goods & Service Tax (GST), as the name indicates, is a levy of tax on the supply of goods or services. It comes within the indirect tax category, as it is generally collected from the buyer/recipient of goods/services by the seller/provider of the same.

What are the types of GST?

The government collects GST in four forms based on the incidence of taxation, also called the Place of supply or Destination based taxation system.

Central GST (CGST) - Central Government's 50% share of GST is charged on Intra-state or Intra-UT transactions that is sale transaction within the same state or the same Union Territory.

State GST (SGST) - State Government's 50% share of GST is charged on Intra-state transactions, that is, sale transactions within the same state.

Integrated GST (IGST) - Central Government charges IGST on Inter-State, Inter-UT, import, and export transactions that are sale transactions across states and/or union territories or across countries.

Try Gofrugal for all GST needs

Any business whose turnover exceeds INR 40 lacs in a financial year is liable to get himself registered under the GST laws, collect-cum-remit the taxes and file the necessary GST returns prescribed from time to time. This 40 lac limit is, however, for a supplier of goods and for a service provider, the said limit is 20 lacs.

There are also some special category states like Arunachal Pradesh, Assam, Jammu & Kashmir, Manipur, Meghalaya, Mizoram, Nagaland, Sikkim, Tripura, Himachal Pradesh and Uttarakhand, wherein the said limit is 20 lacs and 10 lacs for supplier of goods and service provider respectively. There is also a Composition scheme providing concessional rate of GST for businesses having turnover not exceeding 1.5 crores in a financial year on satisfaction of specific conditions.

Talk to our regional business consultant

The GST council of India has broadly categorized all goods & services into five tax slabs, namely 3%, 5%,12%,18% and 28%. In addition, there is a 0% rate (Nil-rated supplies) for essential goods like salt, jaggery, and cereals. Some of the items are exempt under the GST law (Exempt supplies) like fruits & vegetables and some of the items do not come within the purview of GST (Non-GST supplies) like petrol/diesel and alcohol.

How is GST calculated in the Retail Industry?

To calculate GST, one must know the

Value of the product/service

Determine the value of the product/service

GST rate applicable for it

Identify the GST rate applicable for that product/service

All goods and services are commonly categorized under a unified tax system using a Harmonized System Nomenclature (HSN) code or a Servicing Accounting Code (SAC) for goods or services, respectively. The GST Tariff table specifies the GST rate for each HSN/SAC code.

The retailer has to ascertain the HSN/SAC under which product/service supply has to be classified. Once that is finalized, then its corresponding GST rate can be easily identified.

Decide the transaction type based on the Source & destination places

Select whether GST is to be calculated on the Inclusive method or Exclusive method. According to the method of GST, the calculation formula will vary.

Automate your GST calculations with Gofrugal

What is GST Inclusive amount?

What is GST Exclusive amount? 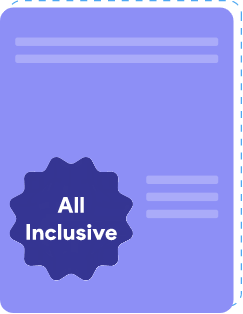 How to calculate CGST, SGST, UTGST?

How to calculate IGST? 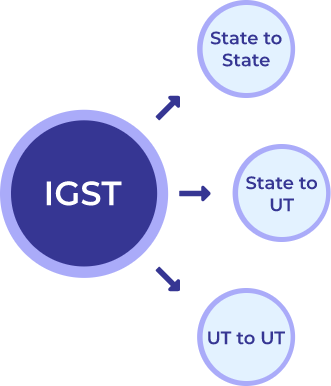 If the value of supply is ₹ 1000, GST rate is 5% and transactions happening between

Automate your GST classification with Gofrugal

Why is Gofrugal the best GST software? 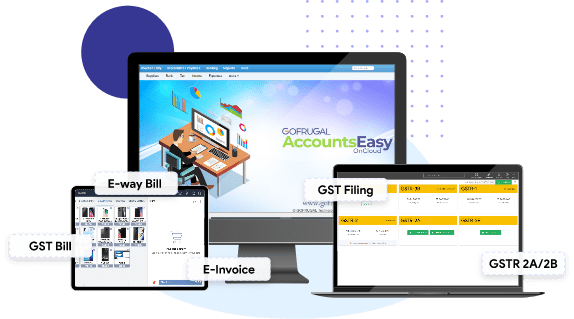 Gofrugal's GST software helps you to operate your business efficiently with minimal staff and the least skills.

One software for all GST compliance

1. What is a GST calculator?

2. How to use the GST calculator?

After all the inputs are provided, the GST amount and its breakup will be automatically calculated by the GST calculator tool.

3. Who can use the GST calculator?

GST calculator simplifies the GST calculations such that it eliminates the manual effort, thereby producing error-free calculations. Users can play around with the GST calculator tool with multiple combinations of GST rates, types or methods for any given value of the transaction. Pre-tax, GST tax breakups and post-tax values can be calculated in one shot and viewed in one glance.

5. What is Assessable value in GST?

Assessable value, also called the Base value or Taxable value, is the value on which GST rate is applied to calculate the GST amount.

6. What is Reverse-charge mechanism under GST?

Normally under the GST mechanism (forward charge), it Is the liability cast on the seller to collect the GST from the buyer and remit it back to the Government. However, under Reverse-charge, for specified transactions or services, the GST liability is shifted to the buyer or the service receiver (for example, transportation services), who has to pay GST out of his own pocket without the seller charging GST on the invoice/bill